Matt played with football legend Luis Figo at the Alfred Dunhill Championships, shooting 77 at Carnoustie, 73 at Kingsbarns and 69 at the Old Course in St Andrews to finish in a share of 117th place.

The two struck up a friendship on Twitter after Matt's victory at last year's British Masters and the former Barcelona, Real Madrid, Inter Milan and Portugal player watched Matt at the season-ending DP World Tour Championship in Dubai in November.

Matt now moves on to British Masters supported by Sky Sports, where he won his first professional title a year ago. 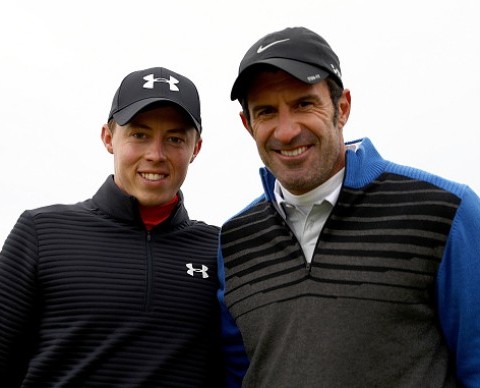 Next week Matt will tee it up at the Charles Schwab Challenge, his first event since the Players Championship in March. The...

Matt has signed a multi-year sponsorship agreement with global consulting firm Protiviti. He will be joined in the partnership by 2019 Augusta Ladies...