Matt catapulted into golfing relevance in the summer of 2013. Then a rail-thin, baby-faced 18-year-old, he captured the U.S. Amateur at The Country Club with a breathtaking short-game display to become the first Englishman to win the title in over 100 years.

Later that summer, he reached No. 1 in the World Amateur Golf Ranking and won the Silver Medal as the low amateur at the British Open. Matt then matriculated to Northwestern University, where he played part of one season under coach Pat Goss before deciding to focus full-time on amateur golf. He turned pro later that summer and wasted little time establishing himself as a force on the European Tour, winning his first event as a 21-year-old at the 2015 British Masters.

Matt won two more titles the following year, including the year-end DP World Tour Championship to break into the top 50 in the Official World Golf Ranking—where he has stayed ever since. Those victories helped him earn a spot on the European Ryder Cup team, where he was the youngest player on either side.

Matt won the Omega European Masters in both 2017 and 2018, becoming the first player to successfully defend the title since the legendary Seve Ballesteros, and in the process broke Nick Faldo’s record to become the youngest Englishman ever to win five times on the European Tour.

In 2019, Matt set his sights on earning a PGA Tour card with the goal of become a truly global player. He accomplished that thanks to a runner-up finish at the Arnold Palmer Invitational and a T-4 at the WGC-FedEx St. Jude Invitational. He posted four runner-ups that season to remain a fixture inside the top 40 in the world rankings and continued the strong play into 2020, at one point making 20 consecutive cuts on the PGA Tour.

Still, he wanted desperately to return to the winner’s circle and did so in huge fashion in his final event of 2020, winning the DP World Tour Championship to finish runner-up in the Race to Dubai and reach a career-high ranking of No. 16.

Matt automatically qualified for the 2021 Ryder Cup at Whistling Straits and though the week didn’t go as planned, he bounced back in his next start to win the Estrella Damm N.A. Andalucia Masters at famed Valderrama with a bogey-free final round.

He began 2022 with a fine run of play in the U.S., posting five top-10s in his first six starts on the PGA Tour. Returning to the location of his 2013 U.S. Amateur win at Brookline, Matt won his first major championship at the U.S. Open. With one of the best shots of his career out of a fairway bunker on the 18th, Matt joined Jack Nicklaus as the second male golfer to win both titles at the same venue.

While historically known for his putting, Matt has added significant distance through a rigorous workout regimen and remains committed to getting every last bit out of his natural ability. 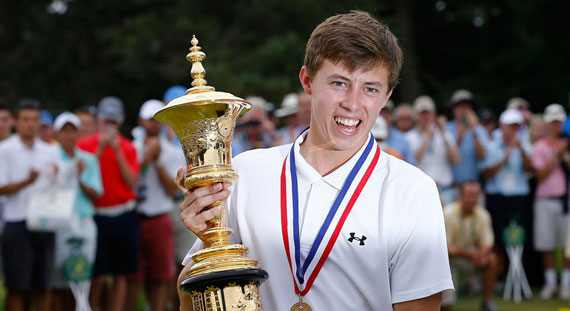 Matt was delighted and honoured to clinch a 4-and-3 victory over Oliver Goss of Australia to become the first Englishman since 1911 to hoist the Havemeyer Trophy as U.S. Amateur champion. Harold Hilton won the championship 102 years ago. 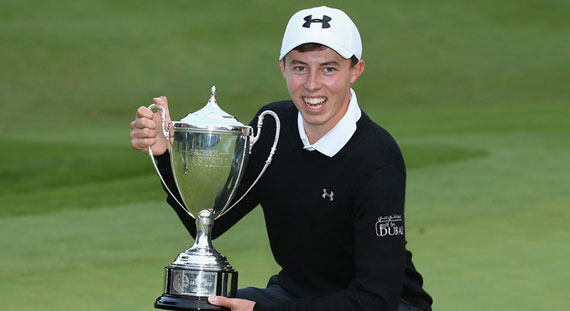 Matt secured his maiden European Tour title at the British Masters at Woburn, thrilled with this massive win he was “humbled” to see his name alongside the likes of Lee Trevino, Seve Ballesteros, Nick Faldo and Greg Norman as former winners of the tournament. 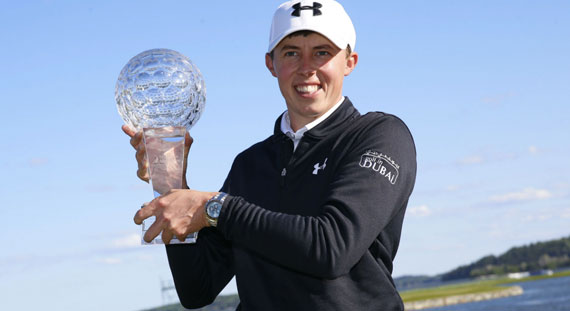 Matt admitted he was "a million miles" ahead of schedule after claiming his second European Tour title in the Nordea Masters to boost his chances of a Ryder Cup debut in September, a major goal for every European tour golfer and a career highlight. 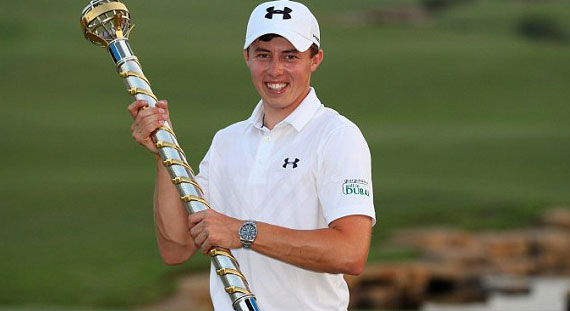 Aside from the four Majors and the WGC events there are no bigger tournaments in the world of golf, so to win this prestigious tournament with the strongest field of the year assembled was an incredible achievement and a very proud moment early in his career. 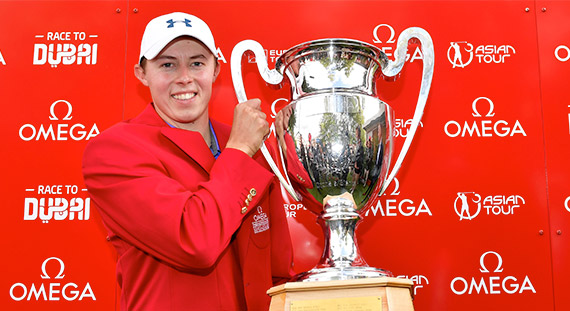 Matt claimed his fourth European Tour win in the mountains of Crans Montana, Switzerland. With finishes of seventh and second in 2016 and 2015, Matt knew this would be a place where he could have success. 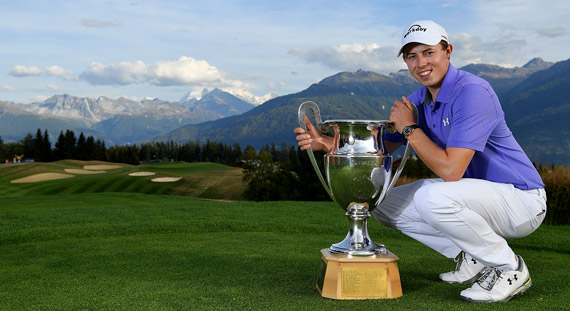 Matt took his fifth European Tour title at the 2018 Omega European Masters as he became the first player to successfully defend the title since Seve Ballesteros 40 years ago. Matt became the youngest Englishman to win five times on the European Tour surpassing Nick Faldo’s record. 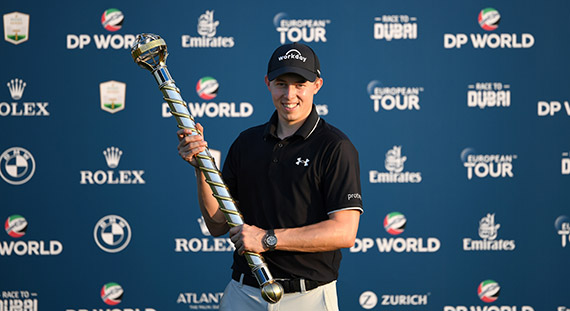 Matt claimed his sixth European Tour title at the 2020 DP World Tour Championship. The Englishman signed off his campaign in style with a one-shot victory at Jumeriah Golf Estates, posting a four-under 68 on the final day to finish a shot ahead of compatriot Lee Westwood. 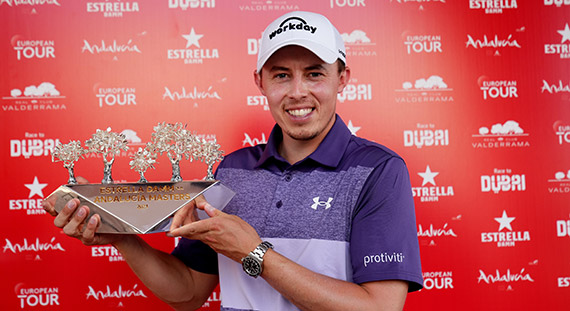 After a disappointing Ryder Cup showing, Matt wasted little time bouncing back, winning his next start at the Estrella Damm N.A. Andalucia Masters with a remarkable bogey-free final round at famously finicky Valderrama. This marked Matt’s seventh victory on the DP World Tour. 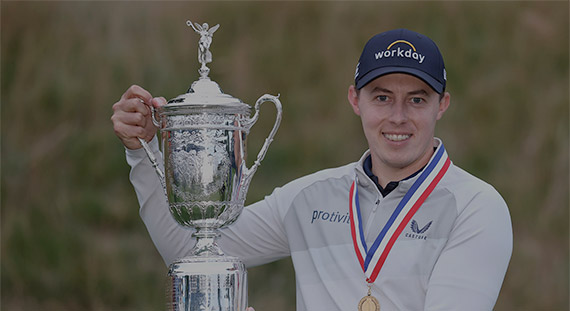 His first Major Championship win, Matt won the U.S. Open at The Country Club in Brookline, Massachusetts, the same venue as his U.S. Amateur win in 2013. Hitting a remarkable bunker shot on the 18th in the final round, Matt secured a one shot victory against Will Zalatoris.

Matt was Great Britain & Ireland’s leading point scorer at the 2013 Walker Cup before receiving the Mark H McCormack Medal as the leading player in the World Amateur Golf Ranking.

He brought the curtain down on his glittering amateur career at the 2014 US Open before turning professional at the Irish Open a week later.

Matt came through qualifying school in Spain in November 2014, picking up birdies in three of his last six holes to finish in a share of tenth place.

Matt’s life away from the course. 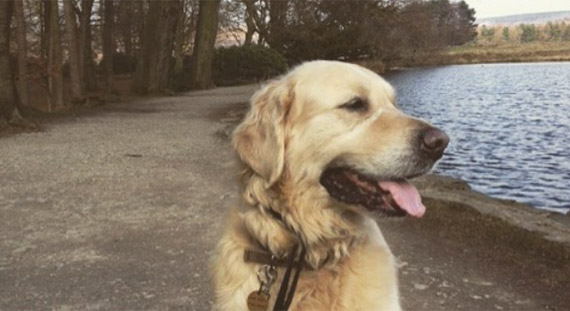 Matt enjoys spending his time in Sheffield with the Fitzpatrick family dog Charlie. Charlie is a golden retriever and is 13 years old. Charlie makes a guest appearance at the Alfred Dunhill Links Championship most years! 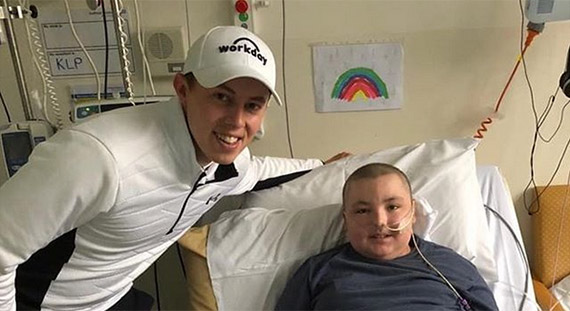 Matt is a patron for the Sheffield Children's Hospital Charity. He enjoys fund raising at Dan Walker’s golf day and visits the hospital when he can. 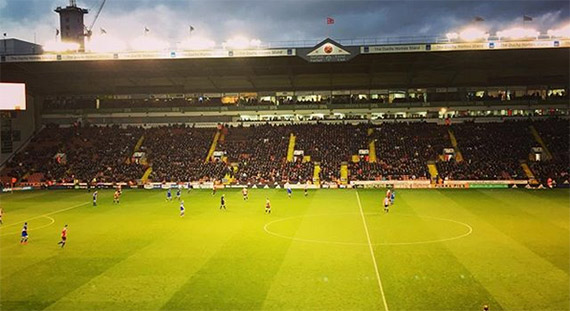 Matt will always try and find time to go and watch his beloved team Sheffield United. Matt has made it to some of the games at Bramall Lane this season and has struck up close friendships with certain members of the United squad. 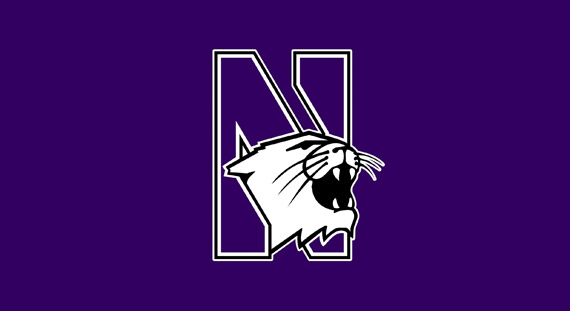 Matt went to college at Northwestern and has a close affiliation with the school. He enjoys going on holiday with his college friends and inviting them to The Masters when he is competing!