Matt helped Europe secure a thumping victory over Asia in the EurAsia Cup as he started 2016 in style.

He contributed two points from a possible three as Darren Clarkes Europe side swept to a 18 ½-5 ½ win in Kuala Lumpur.

Partnering Danny Willett, Matt started the week with a 3&2 defeat to Ben An and Thongchai Jaidee in the Foursomes.

But, alongside Lee Westwood, he picked up a point in the Fourballs with a 5&4 victory against Anirban Lahiri and Ashun Wu before rounding things off with a 2Up win over Kiradech Aphibarnrat.

Matt now moves on to his first European Tour tournament of the year, the Abu Dhabi HSBC Championship. 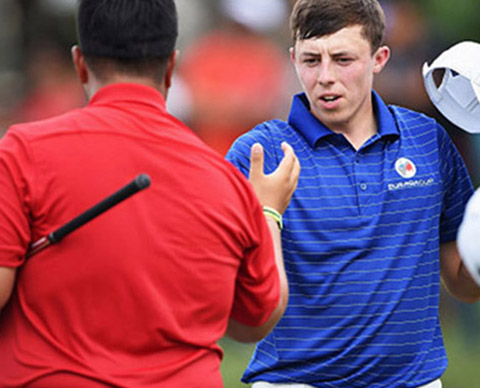